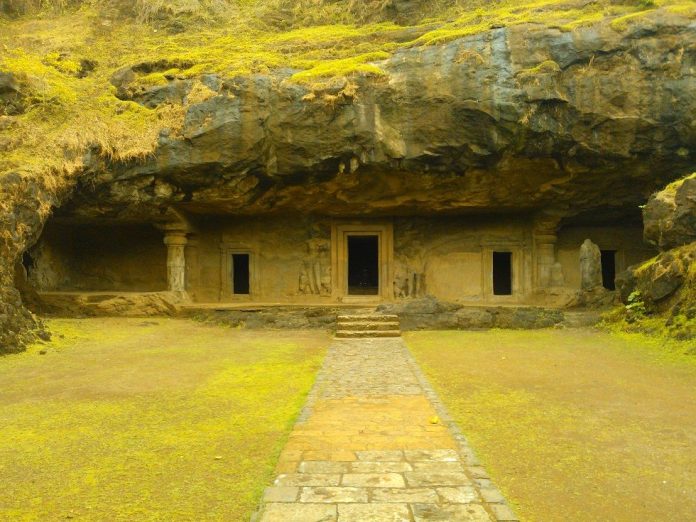 Here, Indian art has found one of its most perfect expressions, particularly the huge high reliefs in the main cave. Here you will find two categories of caves; one is the Hindu rock art and the other is the Buddhist rock art. The place is still worshipped by the locals, and is dedicated to Lord Shiva. One can spot some resemblance to the Ajanta and Ellora caves, which are around 300 km from Elephanta. 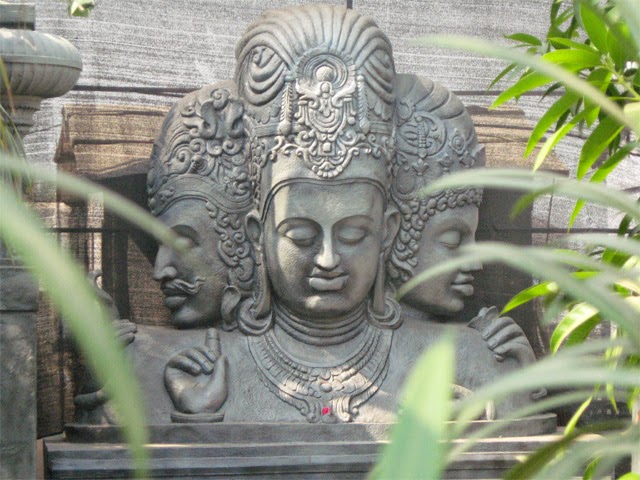 The origins of the Elephanta Caves have been debated time and again, though the sculptures and the art speak volumes about the time from when they could have been popular-6th or the 8th century.

The island on which the caves are built was originally known as Gharapuri, and the Portuguese retitled it as Elephanta Island when they discovered a large stone structure of an Elephant on the island. However, it is believed that the Portuguese destroyed many other structures and even used the idols of Hindu Gods within the caves for target practice. 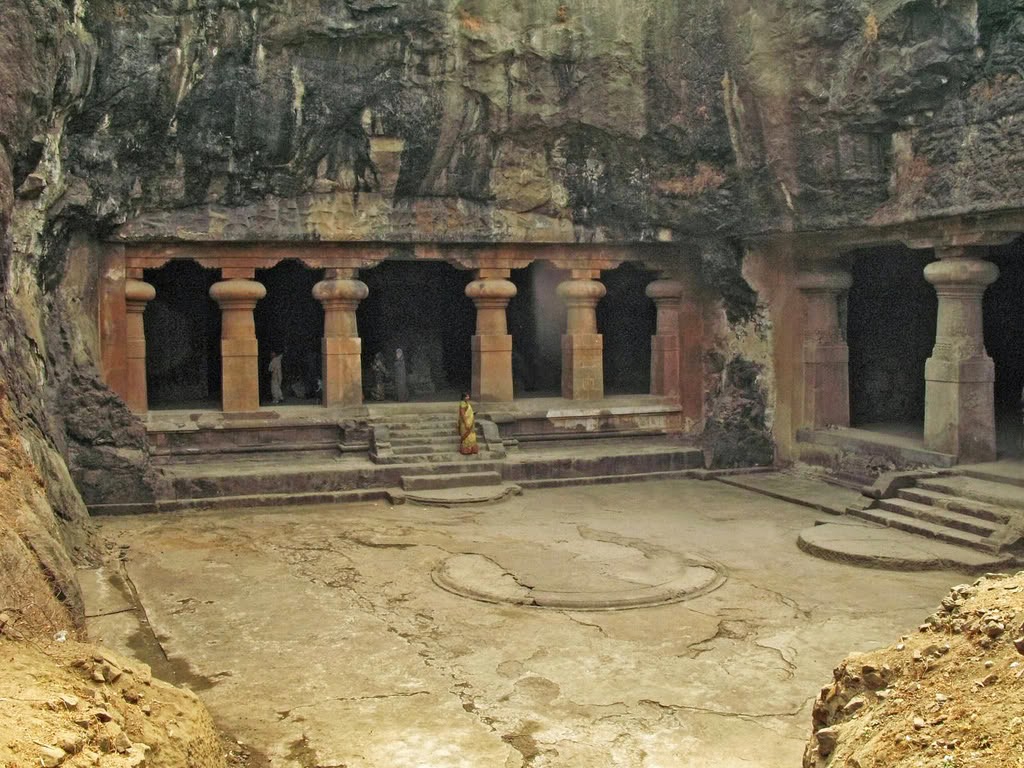 Shortly before the Elephanta temples were created, Bombay had experienced the golden age of the late Guptas, under whom the arts flourished. Sanskrit had been finely polished, and Kalidasa and other writers had helped incite a Hindu religious revival under the court’s liberal patronage. Shaivism, the worship of Shiva, inspired the building of these temples. 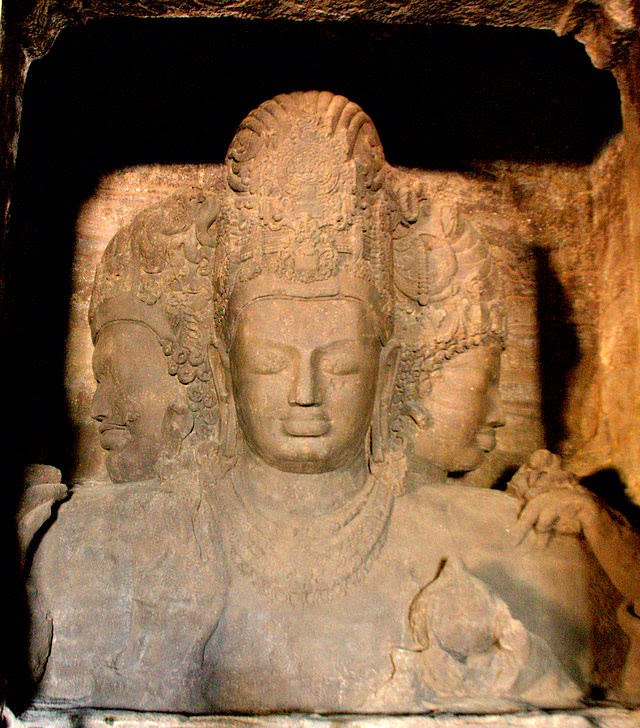 Many of Elephanta’s priceless statues were damaged or destroyed by the Portuguese, who apparently used the Hindu gods for target practice. There have also been reports of vandalism and carelessness by modern visitors.

This rock cut temples were created by carving out rock, and creating the columns, the internal spaces and the images. The entire temple is akin to a huge sculpture, through whose corridors and chambers one can walk. The entire complex was created through a process of rock removal. Some of the rock surfaces are highly finished while some are untreated bare rock.  The entire cave temple complex covers an area of about 60000 squrare feet.

There are two groups of caves. To the east, Stupa Hill (thus named because of a small brick Buddhist monument at the top) contains two caves, one of which is unfinished, and several cisterns. To the west, the larger group consists of five rock-cut Hindu shrines. The main cave is universally famous for its carvings to the glory of Shiva, who is exalted in various forms and act ions. The cave consists of a square plan mandapa whose sides measure about 27 m.

Various temples are cut out of rock, along with columns. The space inside consists of a main chamber and has two lateral chambers, shrines and courtyards. Above the temples you can see the natural rock out of which the temples have been carved. The entrance provided is from three sides. What attracts the visitor most are the Trimurti, Shivalingam, Kalyansundara, Gangadhara, Uma maheswara and Ardhanarisara sculptures, which are all the forms of Lord Shiva.

To the east of the main temple is a courtyard, flanked by the secondary shrine. This temple contains six pillars at its entrance, four of which are free standing and two engaged. The entrance leads to a hall decorated with sculptured panels depicting legends from the Shiva Purana.

One statue shows Shiva bringing the Ganges River down to Earth, letting it trickle through his matted hair. He is also depicted as Yogisvara, lord of Yogis, seated on a lotus, and as Shiva Nataraja, the many-armed cosmic dancer. 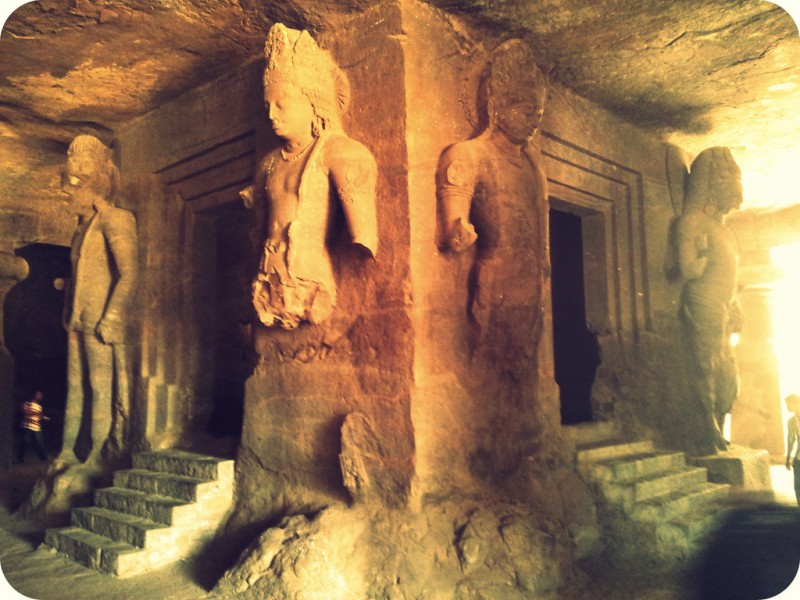 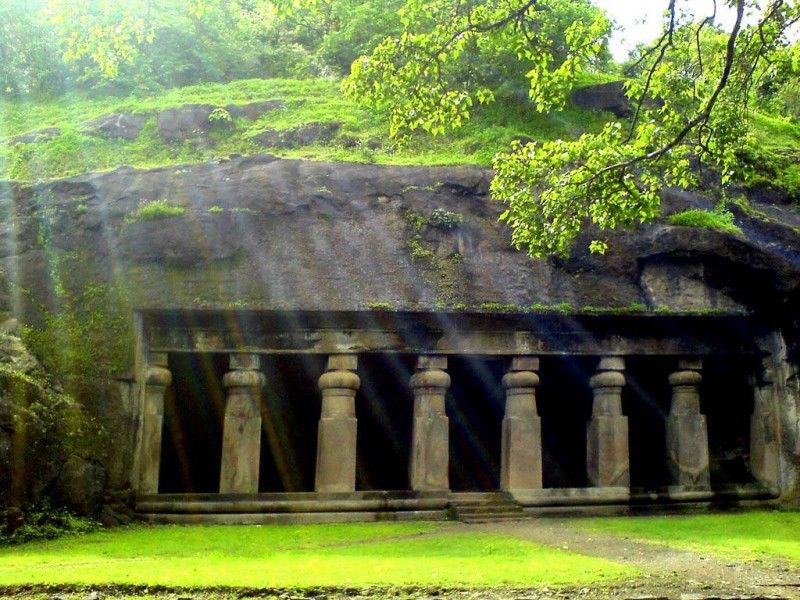 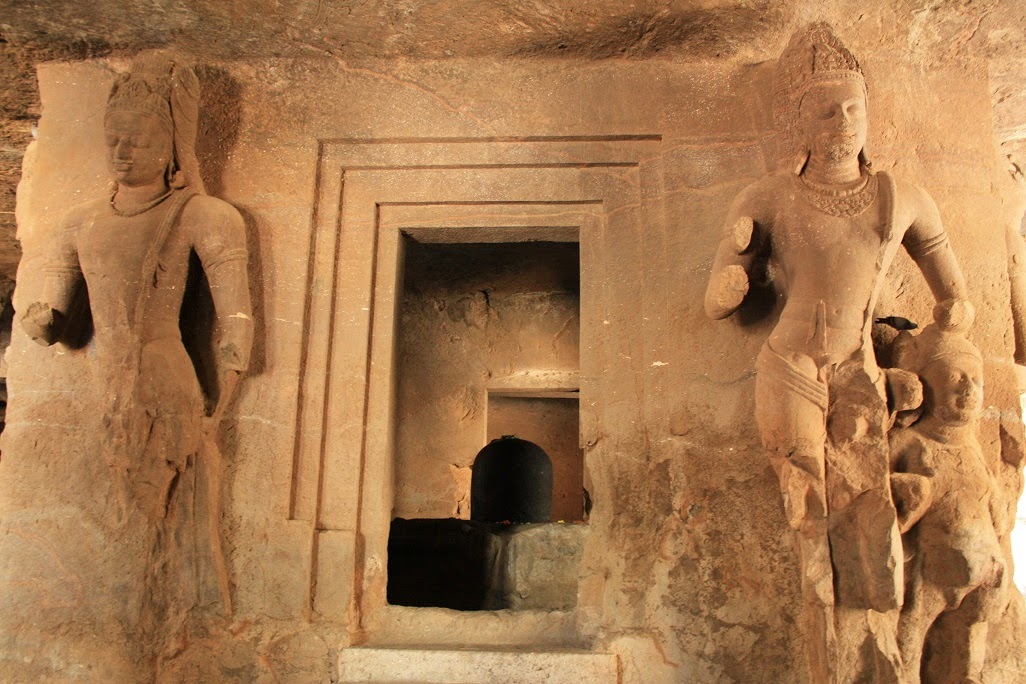