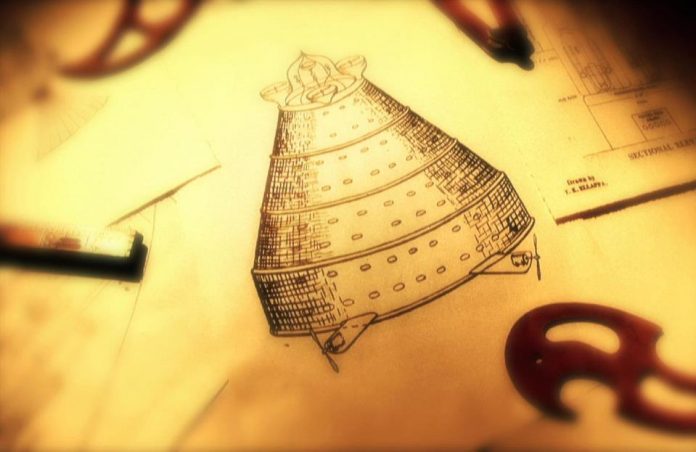 In the Vedic literature of India, there are many descriptions of flying machines that are generally called Vimanas. There are no physical remains of ancient Indian aircraft technology but references to ancient flying machines are commonplace in the ancient Indian texts. Several popular ancient epics describe their use in warfare.

According to the Vaimanika shastra, the vimanas of the ancient texts were actually true aerodynamic flying machines, propelled by what some claim were “mercury vortex engines.”

During the past few years some scientists have studied the Vaimanika shastra to know whether it’s a figment of imagination or if concrete verification can be found.

Maharshi Bhardwaj in his book Vaimanika shastra has given the recipes for making many instruments. In one chapter he describes an instrument called Chumbak Mani, which helps to detect any arsenal hidden underground.

In Mumbai professor Sharon, an expert in nanotechnology analyzing the Vaimanika shastra has discovered something incredible. The formula to make a material called Chumbak Mani. Rather than a chemical formula this looks like a magic potion. The components they used in these ingredients have been understood. Using these, they were able to realize two electrodes and the liquid that composed the Chumbak Mani, an ancestor of the modern solar panels.

As per the description, Chumbak Mani is component which emits some kind of electrical signals. Through that electrical power they can be able to detect any material which is hidden underground while the airplane is on its flight.

To melt together the ingredients that make the Chumbak Mani it is necessary to use a technique called flux technology that reaches the fusion point at 1250 degrees. So this is also interesting to know that the flux tech was known to us about 50 years ago. But this tech was known to maharishi Bharadwaj 1000 years ago.

Another validation comes from the research by Dr. Prabhu, an Indian scientist who was able to find out and study the original manuscripts of Shastri. Through the analysis of the text he could synthesize and patent five completely new alloys. He also realized the model of a mechanical element of a Machine called Vakra Prasarana Yantra. This machine is described as a mechanism to take sharp turns or reverse gear what is called in Sanskrit as the sarpa (snake like motion) or tiriyak (Reverse).

Vakra Prasarana Yantra or diversion enabling mechanism should be installed in the vimana and then as we are being chased by another enemy aircraft evasive tactics how to avoid it like what they call as sarpa gamana i.e flying like a serpent.

The manuscript on the vimanas is not only the one dictated by Rishi Subbaraya shastri. Professor Nene and Dr. Dongre discovered and translated another manuscript which are also linked to the mysterious sage Bharadwaj. Hence they date back to more than 2000 years ago. The very evolution in the universe started from the sun in the same way the creation of the galaxies took place from the primal atom these are the opening words of the Amshubodhi, a very ancient treatise of cosmology and physics of nuclear particles. The slokas describe elaborately the evolution of universe from the big bang till the creation of universe.  It is strikingly surprising that all the description given in these three steps are same to the one by Hans Stephane given in his book of general relativity but the Amsubhodini is not just a theory book.

In Varanasi a faculty of physics reconstructed the Dhvantapramapaka Yantra (a spectrometer) an instrument used to study the light of the stars. The source of light, point source is located at the focus of convex lens and when light goes into the lens it becomes a parallel beam and it falls on the prism which is located inside this.

The special component of this spectrometer is a crystal prism, it is conical shaped very different from those that are used today and it forms spectrum which is focused on the screen by means of a convex lens and the spectrum comes in the form of a ring of different colors depending upon the source of light. When switched on the machine it starts to work just as we see the spectrum of the arc in the form of coloured circles. So thousand years ago our ancestors saw similar circles coming from the light of the sun and also from the stars and on the basis of that they characterized the spectrum of sun and stars into different categories much earlier than the modern classification of these stars.

Watch Documentary: Vimana – The Flying Chariots Of The Gods

In the Vaimanika shastra we find the description of a TV, radar, missile and even an AC along with many other devices that didn’t exist at that time. An airplane must have existed, they must’ve known how to make it, they must’ve known the ingredients which is all written there cannot be just fiction or imagination of Bharadwaj. 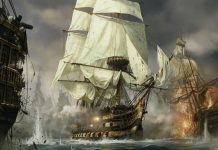