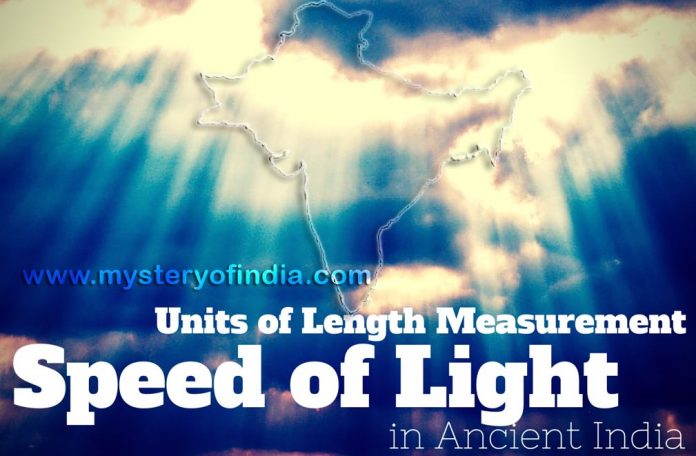 An exact value of the unit of length measurement, used in Indus ­Saraswati Civilization, has been determined from the precise scale discovered by Ernest Mackay in the 1930-31 season excavation at Mohenjo­-daro, and further correlated with the present day units of measurement. It has then been calculated and shown that the speed of light as given in the Vedic literature, when referenced with this erstwhile unit of length measurement (used in Indus-Saraswati Civilization), works out to be precisely equal to the speed of light as per modern measurements. The present article is a step-wise process followed to unveil this equality. 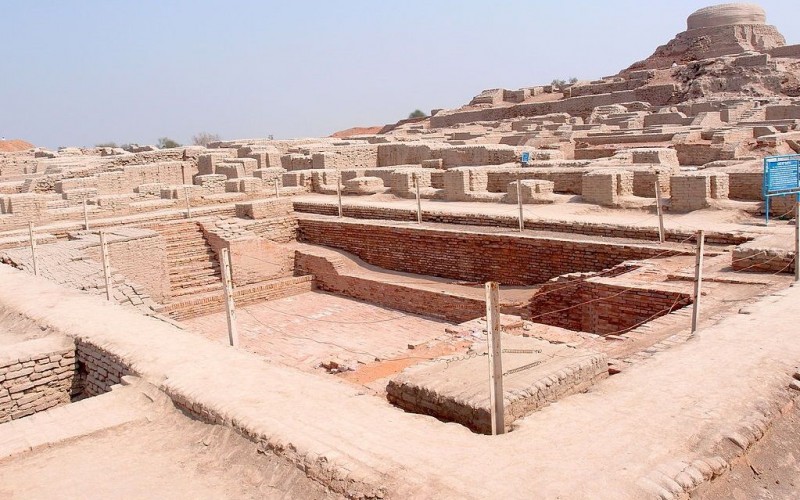 Speed of light in Vedic Literature

Sayana (c. 1315-1387) was a prime minister in the court of Emperors Bukka I and his successors of the Vijayanagar Empire and Vedic scholar. In his commentary on the fourth verse of the hymn 1.50 of the Rigveda on the Sun, he says:

Clearly it is the Speed of light (or sunrays) that is mentioned in the shloka. This shloka is attributed to the son of Kanva Maharshi (5th mellenium BC). Bhatta Bhaskara (probably from the 10th century AD) made the same statement in his commentary on Taittiriya Brahmana, another Hindu Veda.

To put it in mathematical terms, as stated by the above shloka, the speed of light would be:

As we have calculated earlier, a Yojana = 14.484096 Km. For the value of Nimishardha, we refer to Vishnu Parana, wherein it is stated that:

In Surya Sidhant (Chapter 1, Shloka 12), it is stated that 60 Nadis con­stitute one Sidereal Day and Night. It is also well known that a Muhurta = 2 Nadis. It is clear from this that in Astronomical calcu­lations, the sidereal day was taken as the unit of time. A sidereal day is the time taken by the stellar constellations to complete one revolution around the Earth. A sidereal day is equal to 23 hours, 56 minutes and 4.1 seconds, or equivalently 86,164.1 sec.

The speed of light as given in the Vedic Literature therefor comes out to be:

which is precisely equal to the speed of light as per the latest modern measurements.

From the above, the following conclusions can be drawn:

I want to know more on history.

Dear Mr Utpal
Please contact me Mr. Shrirang Sudrik on shrirangsudrik@gmail.com for more on history. I am a regular contributor on this site writing on world vedic history, vedic sciences and other things. You can also call me on +91 09011350747
Regards
Shrirang Sudrik
Pune Maharashtra India

Extremely good article. Can I reblog it. Please confirm. Also I know the scholars here in Maharashtra who are doing very good work on mathematics and physics from the Vedas. Can I send this article to them please. Also can I invite them on your blog to write such articles.
Please confirm and reply
Regards
Shrirang Sudrik
Pune Maharashtra India

Prabalgad Fort – The Most Dangerous Fortress