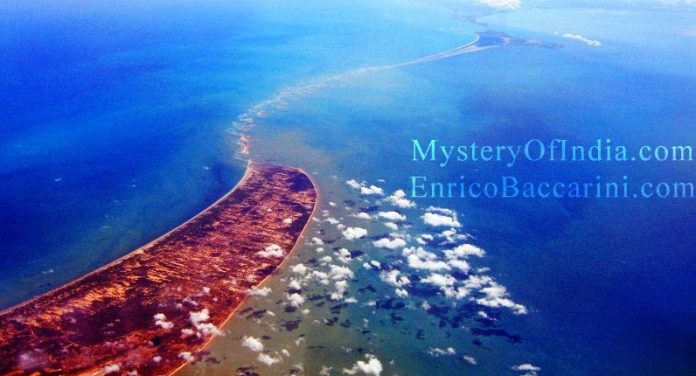 © Enrico Baccarini – We have often spoken about the mysteries of the ancient India. By studying and analyzing its secrets we tried to lift ‘Maya’s veil’, which sometimes seems to overshadow it but outshine many of its ancient remains.
Each piece found seems to open new horizons, every discovery reveals an incredible truth! Many things regarding the country of India are still today an unsolved challenge to earth’s history.

Often, overall among the skeptics, there is a point of view that tends to diminuish the value and importance of the ancient remains of the Indian continent. It’s a fact that along the coasts of the Gulf of Cambay, in Tamil Nadu, at Mahabalipuram or Dwarka, ancient underwater urban settlements are existing – traces of a forgotten civilization that after the last Ice Age and the rise of the coastal sea levels had to leave their holy cities.

A proof? The legendary Dwarka – the city of Lord Krishna, which is among the seven holiest places in India – has been recently rediscovered: submerged by the waves. Shipments of marine archeologists have been able to recover ancient artifacts in the site that show the plan of a giant urban settlement which today lies under 40 feet of water and sediments.

But let’s move to the South of India, to Tamil Nadu, to see the legacy that these lands are still showing today. A testimony above all expectations is the beyond doubt presence of an ancient highly developed civilization, able not only to fly in the skies with flying machines named Vimana, but also creating wonderful works of environmental engineering – comparable, if not superior, to modern ones.

A chain of “rocks” is connecting India to Sri Lanka. This is the commonly accepted version by geologists for this strange strip of rocks. For the Hindus these formations are remainings of the Bridge of Rama (called Rama Setu and Setubandhnella in the local language). It is a structure that, as told in the ancient epic poem Ramayana, was built by the god Hanuman and his army of ape-men, to allow Lord Rama to find his wife Sita, hold in captivity by the demon King Ravana on the island.

The Indian state of Tamil Nadu is separated by the Palk Strait from Sri Lanka connecting the Bay of Bengal to the northeast – with the Gulf of Mannar in the south.

On its last track, the Strait is dotted with a chain of low islands and rocky plots, today named Adam’s Bridge, a reef that form an isthmus – since the time of the British Raj, commonly called the Bridge of Rama.

The Rama Bridge as a man-made structure was mentioned first in the record of Ibn Khordadbeh in his Books of roads and Kingdoms. Also the Islamic legend states that the bridge was used by Adam, the first man created by God, to traverse the route to Adam’s Peak, Sri Lanka, repenting for one thousand years during which he was standing on one foot. This, for local legend, should explain the large footprint hollow that could be found on the Peak.
Modern industries would like to use this narrow stretch of sea to build a bridge linking the island of Ceylon to India, but the business project is and has long been strongly opposed by environmentalists and religious groups who see the Bridge of Rama as a sacred area.

Recently, satellite photos provided by the NASA gave to the environmentalists a new possibility to protect the place and to confirm the importance and the truth of the legends. These photos reveal a curvature and an alignment of the rocks that can only be explained by human intervention. Moreover, we have an additional fact that this ancient bridge was passable by foot until the XV century, until an hurricane changed the deep sea engulfing much of the path.

As we said before, according to the Ramayana, the Bridge of Rama was built on the direct request of the god Rama by his servants, the “Vanara sena” which were shaped half men and half ape, all led and instructed by the god Hanuman. It is said that the ape-men anchored the rocks to the seabed, creating the present structure.

Yet there are still opposing ideas about the origin of the bridge. Mr S. Badrinarayanan, the former director of the Geological survey Institute of India states that such a natural formation would be impossible. He justifies his thesis by the presence of layers of loose sands under the coral structures, extending over the entire stretch. But normally corals form above rocks formations and not above sand. Also the head of the Department of Geology and Research Center of India, Prof. N. Ramanujam, has given a scientifically questionable explanation of the possible natural occurrences of the sand banks with the corals on top.

Despite all, the radiocarbon dating of the bridge dates on around 1,750,000 years, which roughly coincides with the Indian estimate of the mythical Treta Yuga.

Even through such controversies the Rama Setu never ceased to attract the attention of geological experts. Yet all studies have not figured out how this stretch of land was formed.

There have been several studies to try to understand the geological age of the ‘Bridge’. According to data scientist assume the bridge to be formed 3500 years ago indicating that the origin of its formation could be attributed only partially to the effect caused by the coral reefs of the sandy sediments carried by the currents.

This explanation certainly can not explain an artificial intervention. On a pre-existing structure consisting of coral reefs and shoals nothing states that there would have been carried artificial stones to strengthen and build a passable and usable road.

The strange morphology of this strip of land now submerged seems to indicate this theory. Considering that the thin band is constantly beaten by strong currents and that the climatic conditions are often difficult, it is normal to think that time and neglect may have led to its disintegration and the loss of its ancient transitability.

Even if a typhoon destroyed much of the bridge in the fifteenth century, five centuries ago, we still can assume that bridge is thousands of years old. Also if its creators lost their ability to keep it in good condition it is natural that it has witnessed a gradual disintegration over the centuries and that its feasibility has been declining gradually in relation to the absence of reconstructive surgeries.

Many scholars insist in denying the evidence of the facts. These testimonies show us the last vestiges of an ancient civilization that lived in the Indian lands thousands of years ago.

What advanced knowledge could have enabled them to create a work of engineering of such magnitude? Who were these people? Why did they disappear and why did they leave us only little traces?

We have scattered pieces of a puzzle which are slowly taking shape. Together with other Indian and American researchers we are rediscovering this lost historical memory.

The article ‘Bridge of Rama: Traces of an Ancient Advanced Civilization’ was originally published by Enrico Baccarini and has been republished with permission.

During Tsunami which rocked the southern India few years ago some stones came to shore which are believed to be from the RamSetu. These stones are floating ones as also described in Ramayana. Check out the proof of these in the video below: 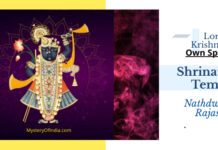 These engineering marvels were created by of Lord Vishwakarma for which they are not given the credit. Its sad to say that majority of people belonging to this community are living in poverty today

These engineering marvels were created by descendants of Lord Vishwakarma for which they are not given the credit. Its sad to say that majority of people belonging to this community are living in poverty today