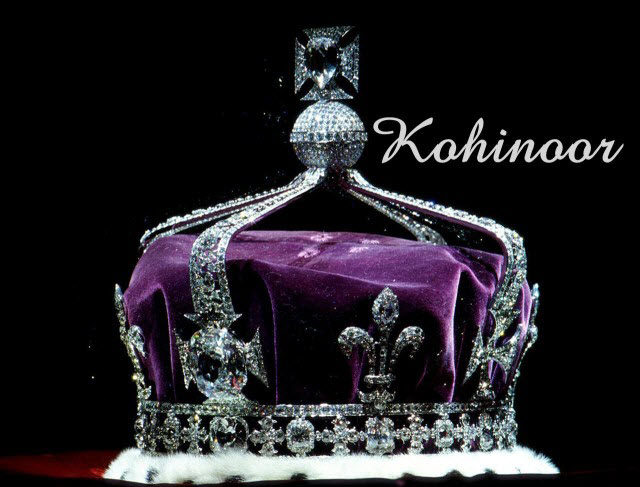 Legal action has been taken against Queen Elizabeth by a group of Indians over the Kohinoor diamond alleging it was stolen from India.

The British queen is being sued by a team of prominent businessmen and celebrities from India, who are demanding the return of the Kohinoor diamond, which forms part of the British crown jewels.

The group, which has called itself the “Mountain of Light” after the translation of the stone’s name, say that the 105-carat diamond was stolen from its true home in India and are demanding that the UK government returns it.

David de Souza, co-founder of the Indian leisure group Titos, is helping to fund the new legal action and has instructed British lawyers to begin High Court proceedings. “The Kohinoor is one of the many artefacts taken from India under dubious circumstances. Colonisation did not only rob our people of wealth, it destroyed the country’s psyche itself”, said David de Souza.

The Kohinoor, which means “mountain of light”, was once the largest cut diamond (793 Carats) in the world. KohiNoor is believed to have been mined in the Kollur Mine in the state of Andhra Pradesh in India during the reign of the Kakatiya dynasty in the 13th century. It had been passed down from one ruling dynasty to another in India.

But after the British colonisation of the Punjab in 1849, the Marquess of Dalhousie, the British governor-general, arranged for it to be presented to Queen Victoria. The last Sikh ruler, Duleep Singh, a 13-year-old boy, was made to travel to Britain in 1850 when he handed the gem to Queen Victoria. It was originally 793 carats when uncut and was recut to 105.6 carats in Victorian times and is currently set in the Queen Mother’s Diamond Crown.

Bollywood star Bhumicka Singh, also part of the group, said: “The Kohinoor is not just a 105-carat stone, but part of our history and culture and should undoubtedly be returned.”

British Lawyers instructed by the “Mountain of Light” group to return the stone, said they would base their case on the Holocaust (Return of Cultural Objects) Act, which gives national institutions in the UK the power to return stolen art.

Satish Jakhu, of Birmingham-based law firm Rubric Lois King, said they would make their claim under the common law doctrine of “trespass to goods”, arguing that the government had stolen the diamond. He added that they would be taking their case to the International Court of Justice.

Narendra Modi’s maiden visit to the United Kingdom as the prime minister of the country, during which he will also attend a dinner at the Buckingham Palace with the Queen, will coincide with this lawsuit demanding the return of Kohinoor to India.

The campaign has found support in Britain with the likes of Labour party Indian-origin Labour MP Keith Vaz, who said, “What a wonderful moment it would be, if when PM Modi finishes his visit, he returns to India with the promise of the diamond’s return.”

According to legend, the gem can only be worn by God or women, and whoever wears the jewel will become extremely powerful, but if a man wears it, he will meet an unfortunate end.

This is not the first time Indians are demanding the United Kingdom to return the Kohinoor diamond. The British government has previously rejected all demands for the return of Kohinoor, and in 2013 British Prime Minister David Cameron while on a visit to India, defended Britain’s right to keep it saying he did not believe in “returnism”.