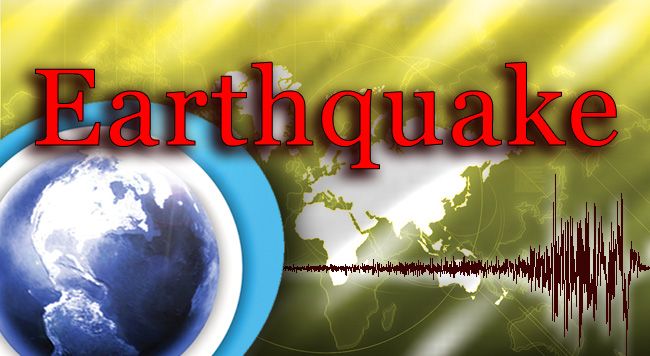 Ancient Indians invented zero. Sanskrit is the world’s most ‘scientific’ language. Ayurveda experts claim they have cures for many diseases allopathy is still struggling to find answers for. Here is another one that should make people sit up and take notice of the wisdom of an old civilisation: predicting earthquakes.

A model to predict earthquakes, developed by a California-based scholar of Chinese origin, uses the concept of “earthquake clouds”, something that has been dealt with in detail in the 32nd chapter of Varahamihira‘s Brihat Samhita.

The greatness of philosopher, mathematician and astronomer Varahamihira (505-587 AD) is widely acknowledged. The Ujjain-born scholar was one of the Navaratnas in the court of King Vikramaditya Chandragupta II. His works, Pancha-Siddhantika (The Five Astronomical Canons) and Brihat Samhita (The Great Compilation), are considered seminal texts on ancient Indian astronomy and astrology.

Varahamihira was a celebrated astronomer-astrologer-mathematician sought to study earthquakes on the Indian subcontinent. He drew correlations between terrestrial earth, the atmosphere and planetary influences. He described earth as a mass floating on water and spoke of unusual cloud formations and abnormal animal behaviour as precursors to earthquakes.

What has astonished scientists and Vedic scholars here and has renewed interest in the Brihat Samhita, are references to unusual “earthquake clouds” as precursor to earthquakes. The 32nd chapter of the manuscript is devoted to signs of earthquakes and correlates earthquakes with cosmic and planetary influences, underground water and undersea activities, unusual cloud formations, and the abnormal behavior of animals.

“I find it rather odd that the description of earthquake clouds in Brihat Samhita matches the observations made by Zhonghao Shaou at the Earthquake Prediction Centre in Pasadena, California,” said B D Kulkarni, head of the National Chemical Laboratory’s Chemical Engineering Division.

Varahamihira categorises earthquakes into different kinds and says that the indications of one particular kind will appear in the form of unusual cloud formations a week before its occurrence. Its indications appearing a week before are the following: “Huge clouds resembling blue lily, bees and collyrium in colour, rumbling pleasantly, and shining with flashes of lightning, will pour down slender lines of water resembling sharp clouds. An earthquake of this circle will kill those that are dependent on the seas and rivers; and it will lead to excessive rains.”

He made an attempt to list out the various concepts on the origin of earthquake and demarcated certain seismological zones based on geographical location, occurrence of earthquake when moon transit certain constellations. He named these zones as Agneya, Vayavya, Aindra and Varuna. He also indicated the Velas (period)  in which earthquake occur in these zones and the indications a week ahead.

The present study indicates that the seismology developed during Varahamihira’s time is quite interesting and cannot be ignored particularly while discussing about the history of geological science. Such study may contribute its might to modern seismology and even supplement modern studies.

A temblor from ancient Indian treasure trove? – Times Of India

Well done. The reference you have given of Mr B.D. Kulkarni is of great help to me since I live in Pune and National Chemical Laboratory is in Pune. I will try to get more information on this
Regards
Shrirang Sudrik
Pune Maharashtra India
Cell : +91 09011350747

Didn’t Ancient Indians pretty much invent modern algebra, advanced algebra, trigonometry, geometry, the modern numerical system, decimal based mathmatics, binary theory, as well as the earliest forms of calculus? You should include that in the OP article……

How Rupee came into being