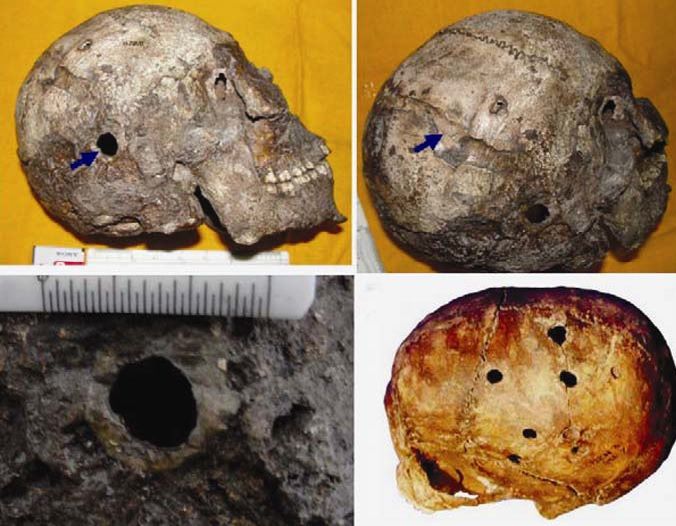 Indian Scientists have discovered the world’s oldest known case of a successful human brain surgery after unearthing a 4300 year old skull from an ancient Harappan site in India. This discovery was done by the scientists from the Archaeological Survey of India (ASI) who found evidence pointing this to be the oldest known case of successful “Trepanation” in the world meant to treat a skull injury.

The trepanation, also called “trephination” had been the oldest craniotomic surgical procedure practised by mankind since the Stone Age by way of drilling holes in the damaged skull to remove shattered bits of bone from a fractured skull and clean out the blood that often pools under the skull after a blow to the head.

Much older trepanation cases have been found across the world. It was first noticed in Peru and later in Europe as well around 5000 years ago. However, the current discovery gives a concrete proof about this being a case where the person who underwent the surgery had survived the drilling of his skull. The damages to the skull which looks like was caused by a strong blow on the head, and the areas of the surgical incursions performed with healing skull structures clearly show that the person survived the surgery for a considerable time after the brain operation.

During the Bronze Age trepanation was practised as a common means of surgery  in the Indian sub continent. Sushrutha Samhita is the oldest known surgical text and it describes in detail the examination, diagnosis, treatment, and prognosis of numerous ailments, as well as procedures on performing various forms of cosmetic surgery, plastic surgery and rhinoplasty.