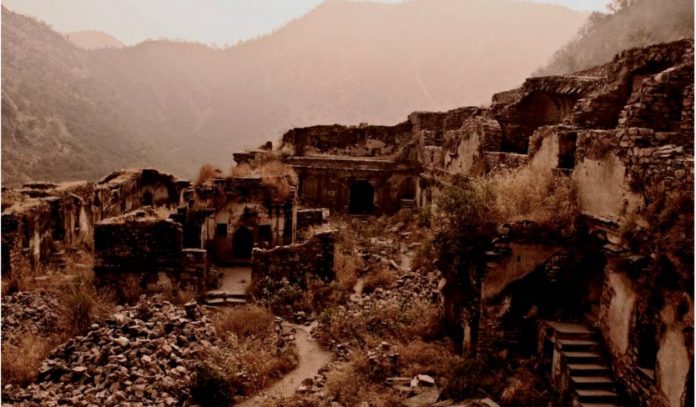 The abandoned fort of Bhangarh is thought to be the most haunted place in India, so much so that the Archaeological Survey of India has forbidden access to the site between sunset and sunrise, and locals have moved their town outside the limits of the fort.

The fort, which is actually a small city composed of temples, palaces, and multiple gates, covers a large area of land at the foot of a mountain. But despite its beauty and the picturesque scenery, the fort is steeped in dark tales and became completely abandoned by 1783, with locals moving their village elsewhere.

Bhangarh was abandoned soon after being built and supposedly after it was cursed by a magician. At that time, Bhangarh had a population of over 10,000. Today Bhangarh is known for its ruins where nobody dares to go after dark, but is worth a visit; in fact the place is beautiful and tranquil. 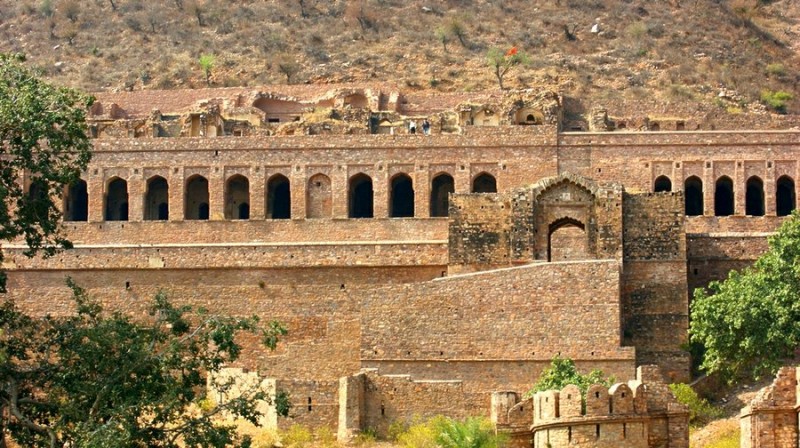 Bhangarh premises are enclosed by a partially ruined wall. Other than dwellings, ruins of Bhangarh also include gardens, havelis, banyan trees and temples of Lord Someshwar, gopinath, mangla devi and Keshava rai. In entirety, the random placement of all these sites within Bhangarh premises may look freighting and mysterious at the same time. Bhangarh must have been an extremely prosperous city. Today nothing remains but the temples.

The Legends of Bhangarh

There are many myths about the place. It is believed that the entire township was obliterated in a day. But no written evidence has been found till date.

Bhangarh town was established by King Bhagwant Das. For this city, the Emperor got approval by ascetic Guru Balu Nath who meditated at this place. The approval was given on the condition that the shadow of emperor’s palace would never touch him at his prohibited retreat. If shadow touched over his place, the city would turn into ruins. The emperor started his fort construction with his money and strength. When a descendant prince raised the palace to a height that cast a shadow on Balu Nath’s forbidden retreat, he cursed the town.

As per psychic power of Saint, the entire town was destroyed and ever since any construction around the crushed location or palace faces collapse. The samadhi of Guru Balu Nath is still there where he was buried.

Another myth is the legend of the Princess of Bhangarh, Ratnavati. Shw was famed for her stately beauty all over her own kingdom and the neighboring states. There was a tantrik called Singhia, who was completely smitten by her but knew that the his match was impossible with the princess. One day Singhia saw the princess’s maid in the market. So he thought, he’ll marry the princess by using black magic on the oil that the maid was purchasing so that upon touching it, the princess would surrender herself to magician. But Ratnavati saw what Singhia was doing and foiled his plan. Feeling bitter, Singhia was said to have placed a curse upon the city, and many believe his ghost haunts the ill-fated city. Some locals believe that princess Ratnavati reincarnated in a new body and that Bhangarh Fort is waiting for her return to put an end to the curse. 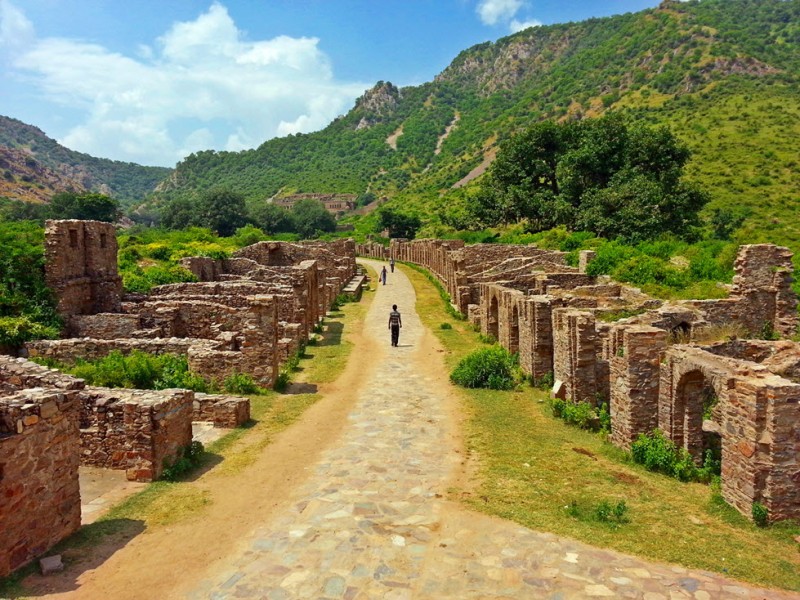 What happens in Bhangarh at night

According to different local tales, no one is allowed to hangout in the scary Bhangarh fort premisesonce the sun sets. The fort’s main entrance is locked and Goverment has placed a notice board at the main gate which reads that ” visiting the fort before sunrise and after sunset is strictly prohibited and if rules are violated legal action would be taken”.

There is a rumour that spirits roam in Bhangarh Fort at night. People often hear strange noises and they reported many weird and scarcely credible incidents like some one’s talking and a special smell is felt. Such kind of weird incidents are reported in the fort after dusk. People have seen ghostly shadow, strange lights, unusual sound of music and dance coming from the bhangarh fort. It is said that whoever entered in the fort after sunset and stayed there for a night,will not return from the fort next morning.