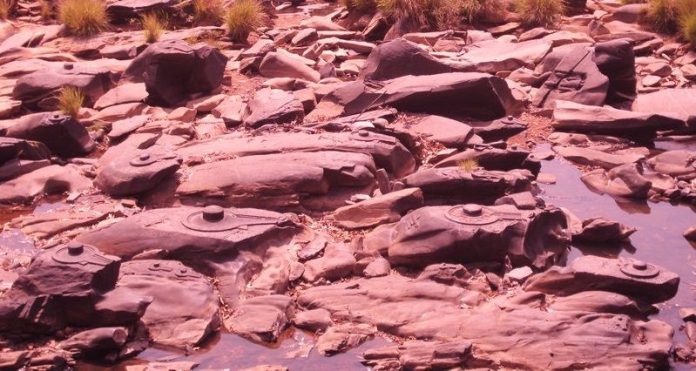 Sahasralinga is a pilgrimage place in the Sirsi Taluk in Karnataka state of India. It is in the river Shalmala and is famous for being the location where small-sized Shiva Lingas carved out of stones embedded on the river bed lay scattered all over. Most of the lingas are clearly visible when the water level in the river is not very high.

Linga is a symbol of worship of the Hindu God, Shiva. The place derived its name Sahasralinga (thousand lingas) because of the existence of these uncountable lingas on the river bed.

There are many small Nandis (bulls) carved out of rocks around the lingas also. It is believed that originally, every linga had a Nandi facing it; but now many have been damaged and some are missing, probably due to the force of the ravenous waters during the rainy season. There are various Hindu mythological motifs in that river bed too, including depictions of Shiva, Vishnu, Brahma, Lakshmi, Rama, and Hanuman, as well as animals such as cows and frogs.

As per history, all these shiva lingas were built by Sadasiva Raya (1542–1569) of the Vijayanagar Kingdom. There is a local legend that says the Sahasralingas were ordered to be created by the king based on a belief that doing so might help beget an heir to his kingdom.

Though there are Sahasralingas in locations like Orissa and even near Hampi in Karnataka, the spot near Sirsi is unique in that here the lingas are carved on rocks of various sizes and scattered all over the river bed. In the case of the Sahasralinga at the Parashurameshvara Temple in Orissa, a huge single linga is present and carries on itself in 1008 miniature lingas. Similarly, at Hampi, thousands of Shiva lingas are found, carved on the rocks along the banks of the River Thungabhadra.

It is also interesting to know that, far away in Cambodia, one can find yet another striking example of similar beauty of multiple lingas. Kbal Spean (Bridge Head) is an Angkorian era archaeological site on the slopes of the Kulen Hills, along the Stung Kbal Spean river, near Angkor in Cambodia. The site is reported to consist of a series of stone carvings in sandstone formations in the river bed and banks. It is commonly known as the “Valley of a 1000 lingas” or “The river of a thousand lingas”.

Historians opine that there flourished in India a traditional cult that worshipped Lord Shiva out in the open. Sahasralinga, is therefore, considered as a manifestation of such worship. There is also a belief that representing an icon in multiplicity is intended to show the enormous power of the multiplied object. Multiplied copies of the Buddha are seen in the caves of Ajanta. 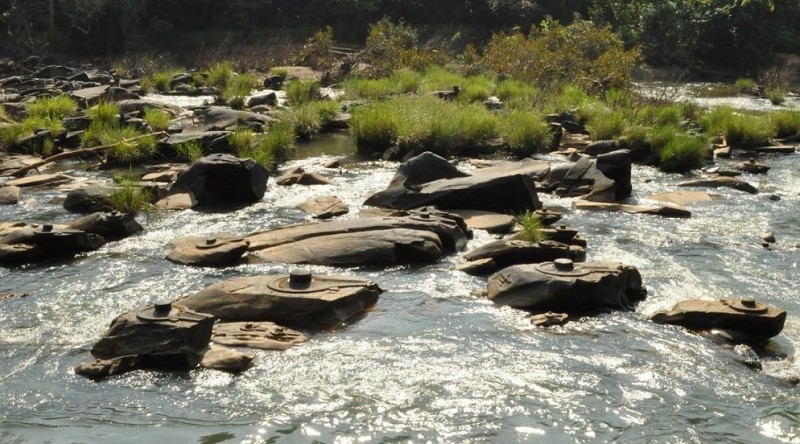 The Shalmala river and its banks are considered as a biodiversity treasure-house by bio-scientists and environmentalists. In June 2011, a team of environmental scientists had visited the Sahasralinga area on the banks of river Shalmala. The scientists noted that River Shalmala at Sahasralinga is being worshipped from time immemorial. The lush green forest in the area consists of a variety of flora and fauna, especially many varieties of medicinal herbs and plants used in ayurvedic preparations. Hence there is no doubt that the area deserved to be declared as a natural heritage site.

Whatever be the historic background or the beliefs, Sahasralinga is an archetypal scenic place where one can blend in with the nature. A hanging bridge has been built recently across the river, connecting the two neighbouring villages.

The place is quite secluded, except during “Maha Shivratri” celebrations when it receives a sizeable number of pilgrims from the surrounding areas. 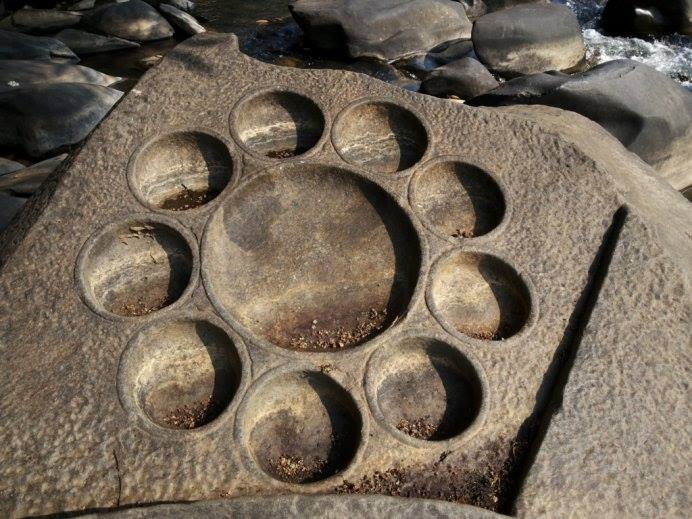 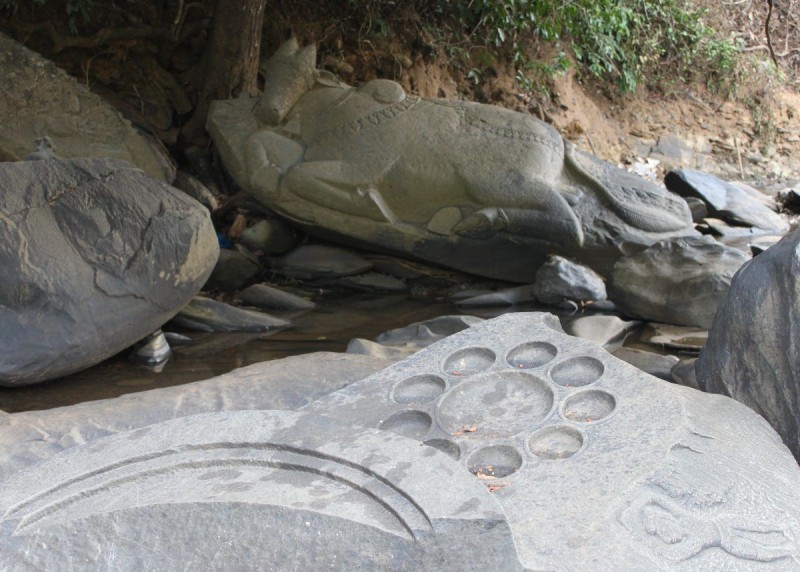 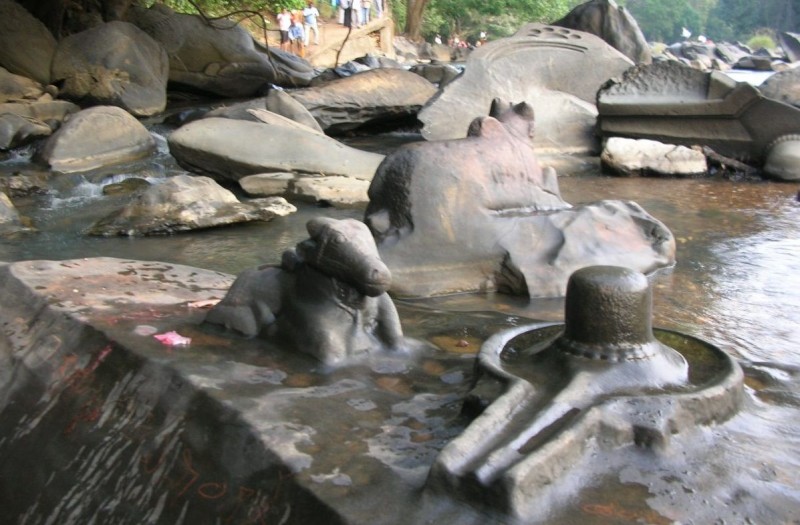