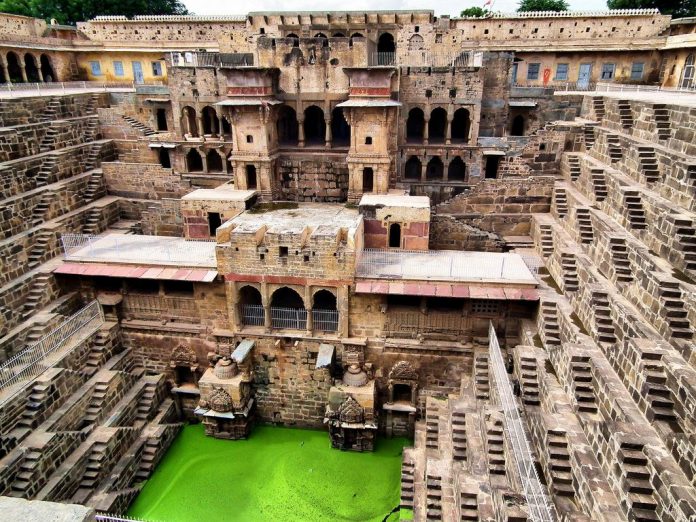 Stepwells, also called bawdi or baori, are unique to India. These wells acted as the reservoirs or the storage tanks that can store large amount of water and keep it cool as well. These wells have steps built into the sides that can be descended to reach the water at the bottom. Stepwells are generally larger than common wells and are often of architectural significance, just like Chand Baori – one of the oldest and most famous step-wells in India.

Situated in the village of Abhaneri, Rajasthan, Chand Baori is one of the deepest and largest step wells of India with 3500 narrow steps in 13 stories. It extends approximately 100 ft into the ground. The well was dedicated to Hashat Mata, Goddess of Joy and Happiness upon completion.

The place was called Abha Nagri (City of Brightness) but, with time Abha Nagri became AbhaNeri. 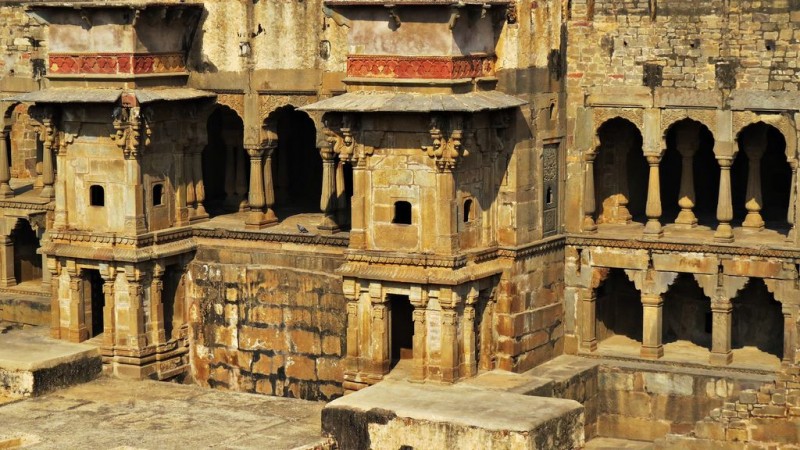 The steps and the whole surrounding is a fine example of architectural expertise of the great Indian architectures. It also displays the geometrical intelligence of the architects of the bygone era.

Chand Baori was built during the 8th and 9th century by King Chand of Nikumbha Dynasty, to give the local population easy access to clean ground water at the bottom of the well. It provided the surrounding areas with a dependable water source for centuries before modern water delivery systems were introduced.

The state of Rajasthan is extremely arid, and the design and final structure of Chand Baori was intended to conserve as much water as possible. One side of the well has a pavilion and resting room for the royals. In addition to conserving water, Chand baori also became a community gathering place for the Abhaneri locals. The townsfolk used to sit around the step well and cool off during the summer days. At the bottom the well the air is always about 5-6 degrees cooler than at the top.

Chand Baori is no longer an active well and is maintained by the Archeological Survey of India. Chand Baori was featured in the movie The Fall and also made a small appearance in Christopher Nolan’s blockbuster The Dark Knight Rises. 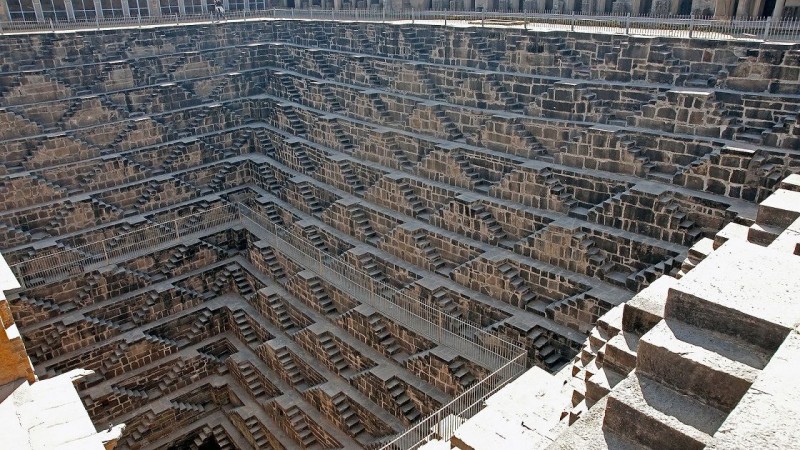 Water plays a special part in Hindu mythology, as a boundary between heaven and earth known as tirtha. As manmade tirtha, the stepwells became not only sources of drinking water, but cool sanctuaries for bathing, prayer, and meditation.

The earliest stepwells date to around 550 A.D., but the most famous of them were built in medieval times. There are suggestions that they may have originated much earlier, and precursors to them can be seen in the Indus Valley civilisation. It is estimated that more than 3,000 stepwells were built in northern Indian states. Although many have fallen into disrepair and have been filled in with trash in the modern era, hundreds of wells still exist. 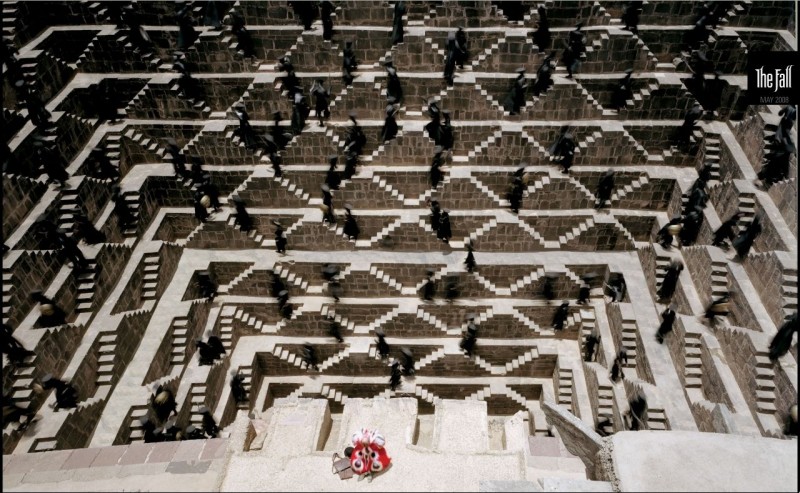 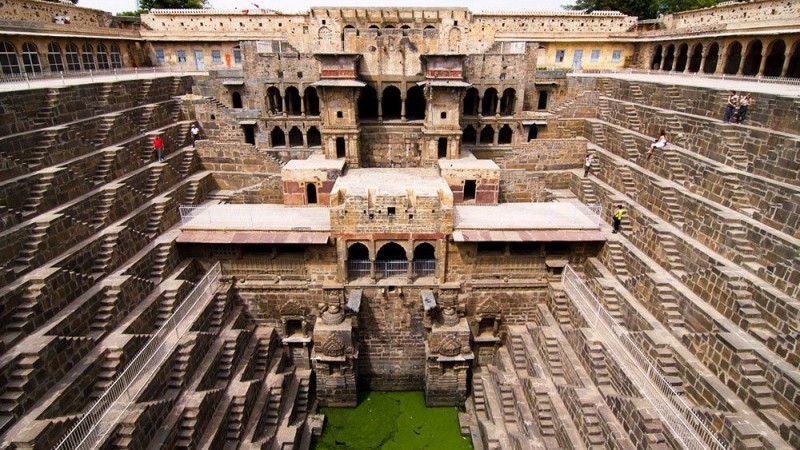